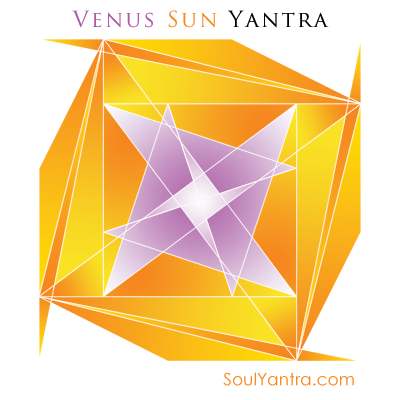 Transits of Venus are rare and historically important astronomical events.

You can capture this historical moment in a unique POWER YANTRA or geometric signature.

Available now as a high-resolution digital file that can be printed on an A3 size paper for only $20. You will be sent the digital file once the payment is successful.

What is a Transit?

A Transit of a planet occurs when the planet passes directly between the Earth and the Sun so that as seen from the Earth, the planet appears to pass across the face of the Sun. Transits can only occur with planets whose orbit is between that of the Earth and the Sun; that is, Mercury and Venus. A transit of a planet is similar to a solar eclipse but the planet appears to be much smaller that the Moon so it cannot cover the Sun and looks like a small black disc slowly crossing the Sun.

How often do Transits occur? 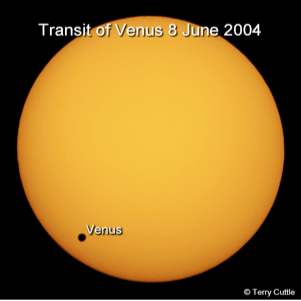 Transits of Venus occur in a pattern that repeats every 243 years with pairs of transits eight years apart separated by gaps of 121½ years and 105½ years. Venus and the Earth are aligned in the same direction out from the Sun about every 584 days (this is called in conjunction), however a transit does not occur each time because Venus’s orbit is usually above or below the Sun in the sky.

Jeremiah Horrocks was the first person to successfully predict and observe a transit of Venus in 1639. Observations of the transits of Venus became scientifically important when in 1716 Edmund Halley proposed that observations from different locations on the Earth could be used to determine the distance between the Sun and the Earth (called the Astronomical Unit); and the scale of the solar system could be subsequently determined by applying Kepler’s third law of planetary motion. At that time there was great uncertainty about the size of the solar system and by extension the size of the universe. Many scientific expeditions were sent around the globe to observe the 1761 transit and there was great competition between nations to solve what was called “the noblest problem in astronomy”. Unfortunately difficulties in accurately timing the transit led to conflicting results, and consequently an even greater effort was mounted for the 1769 transit. Combined results from the two transits produced a better understanding of the solar distance, but further refinement was undertaken in later transits.

The 1769 transit has a vital historical connection to Australia. Lieutenant James Cook was dispatched to Tahiti on HMS Endeavour to observe the transit. After a successful observation he was directed to search for the “great south land” thought to exist in the South Pacific Ocean and following that search he discovered and charted the east coast of Australia.

Scientific expeditions were spread across Australia to observe the 1874 transit and again for the 1882 transits, with many of these successfully recording the event.

For the transit of 6th June 2012, Venus took about six hours and a half hours to travel across the face of the Sun. Venus must be above the horizon for the transit to be visible. Australia was one of the best places on Earth from which to observe the transit as the entire transit was visible from eastern and central Australia. 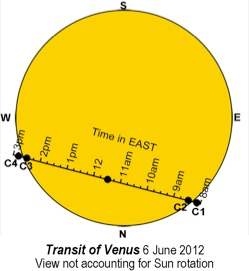 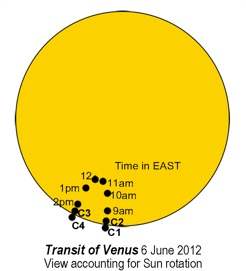 The path of Venus across the Sun’s disc is shown in the diagrams above for locations on the east coast of Australia. Venus traveled in a straight line across the Sun. However, because the Sun appears to rotate as it crosses the sky, Venus appeared to move in an inverted “U” shape when viewed from Australia.