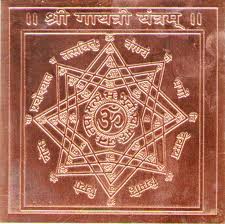 As a monk, I was introduced to the magic of Yantra on my first pilgrimage to India. At that time, I watched in awe as the pujaris (Hindu priests) performed sacred offering rituals that included the use of some strange geometric patterns. Some of these patterns were inscribed on copper plates and some were even created using coloured rice and drawn at the base of a fire pit surrounded by fruits. The pujari then lit a fire and chanted mantras while pouring ghee while onlookers threw rice to keep the fire blazing. Drawing a yantra using coloured rice flour was the first stage of this elaborate ritual. It was all quite beautiful and mystical and it never ceased to fascinate my mind. 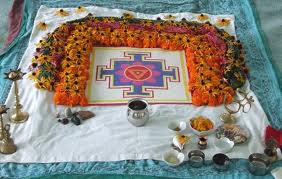 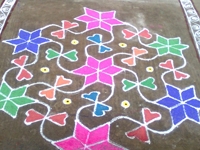 But why were there specific geometric patterns used and for what purpose? Was it just custom or was there some deeper significance to the geometry? Unlike the tradition of Kolam, where Indian women will decorate the outside of the house with symmetrical patterns drawn with coloured rice powder or chalk to invoke prosperity, Yantras seemed to contain a mystical power within the actual pattern themselves.

Many years later, during my study of numerology and the magic art of talisman creation and sigils, I learned of the science of yantras and their relationship to magic squares and numerology. What I discovered is that a Yantra is neither magic nor a technique to invoke some magical effect, but is more like an apparatus or “mystical software,” if you will, that fully encapsulates the energetic vibration of an intention or deity. Often in Vedic literature, a Yantra is described as a “machine.” Great yogis and ancient writings therefore praised Yantras as one of the most effective and convenient tools for self-realisation, protection, and for creating auspiciousness.

We express ourselves through the use of symbols, software and machines all the time. Writing and language are symbolic of our intentions, and in order to express these intentions, we often use some apparatus like a pen or a machine like a computer. For example, consider the number 7. Factually, it is just two strokes of a pen, but when we see that symbol it reminds us of “lucky 7,” seven days of the week, or maybe something important in our life that happened on the 7th day of the month, etc. In other words, the symbol associated with 7 effectively contains a whole databank of information. It is much more than two strokes of a pen. The same is true of every number and every symbol in the universe. 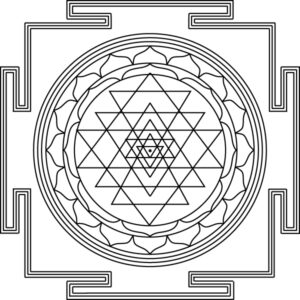 The science of Yantra includes intention, mantras and tantra. Different Yantras are connected with different deities or angels as well as a specific mantra. The five gross elements of nature, earth, water, fire, air and ether are also connected to Yantras, and by performing specific rituals utilising the appropriate Yantras, it is claimed that one can control these elements.

According to the Vedas, a Yantra is a science that can be used to connect apparently disparate elements and malefic influences into one harmonising action. For example, a planet that may normally assert a harmful effect on someone can be countered through the use of Yantras. A Yantra literally becomes the medium through which the invisible forces of energy can act on an individual.

While anyone could feasibly draw a Yantra, it will not yield the desired effect unless it is produced with the proper intention and energised with the perfect mantra. Ideally, a Yantra should be prepared by a qualified yogi or astrologer, who will prescribe Yantras to people to help ward of the evil influence of planets, spirits or enemies.

Traditionally, a Yantra was drawn onto a bronze, copper, lead, silver, stainless steel, or gold plate. However, with the advancement of printing technology, a Yantra can now be printed onto a variety of surfaces. Although, the medium must first be purified by mantra so that the effectiveness of the Yantra is increased. Therefore, the Yantra’s effectiveness is very much dependent upon the purity and qualification of the person who creates it.

What is a Soul Yantra 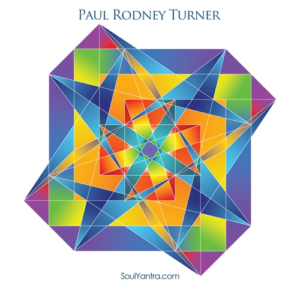 A Soul Yantra is a unique contribution to the ancient sigil (talisman) traditions and a new genre of modern art. Like the traditional Yantras and Talismans, a Soul Yantra is also based on the sciences of numerology, magic squares, geometry, geomancy and astrology. However, in this case, the encoded data is not a call to some Archangel, but is representative of you and your life purpose.

By mapping a person’s name and date of birth to a harmonious magic square, and then colouring the resulting geometry according to their astrological influences, the unique geometric pattern becomes a Soul (personal) Yantra. In the same way that numerology can encode a person’s character, aptitudes and life’s lessons in numbers, a person’s Soul Yantra can do so through geometry. Your Soul Yantra literally captures your essence in a harmonic geometric pattern—it is essentially your inner spirit and karma captured in art.

Each Soul Yantra is completely unique, just like you!